After seeing a spinning tunnel in motion at Transworld Chicago several years ago I have wanted to have one for my own.
In 2001 I started in earnest to acquire the knowledge needed to build my own.
After searching the web and talking to anyone that had built on The Halloween-L and Howl lists I decided to build one of my own.
At first I was going to build the hoops from plywood this plan was soon tossed out when I had a very generous offer to pay for half the cost of having hoops made out of ¾” thin wall steel tubing.
Because of the square tubing I was no longer able to use the bicycle rims that I planed on using. Instead I used 5 6”
fixed rollers to have the drum roll on. For the drive I used a 1/10HP motor that turned at 60 RPM’S. This was attached to an 8” lawnmower wheel with an arbor. This gave me about 4 ½ rpm for the drum itself, I feel this speed worked very well.When i put it all together I found that the hoops were not very flat so I added some tires to hold it on the rollers
I made my hoops to fit in a small side yard next to my house. The hoops were 9’ across and the entire “drum” is 16’ long. I used a fabric that is used around construction sites to control blowing sand/dust. It was attached with zip ties and then splattered the inside with neon paint.
The bridge was made using eight 20’ long 2x4’s and some ½” OSB for the decking. Making two trusses that act as the support for the bridge and the railings.
After installing the bridge I attached 3 24” backlights to each side of the bridge. Then added some landscape fabric to the inside of the railings.
I installed mirrors at the exit end of the tunnel. And built stairs and an entrance and exit on either end.
I then erected a tent over the entire thing to complete the spinning tunnel.
All in all it was a great success and was the hit of this past Halloween.
I would like to thank everyone that helped me on the lists I would put names here but there were so many I am afraid that I would forget some one so I will just say THANK YOU ALL!
I have some photo’s on my web site www.paradise-horror.com
Mark Souza AKA Spirit Kanaka 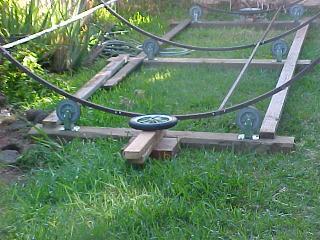 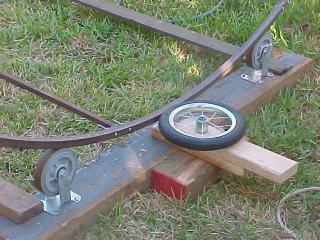 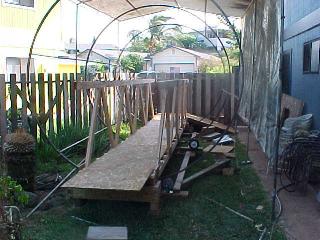 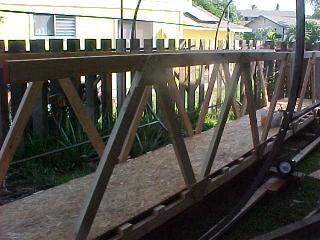 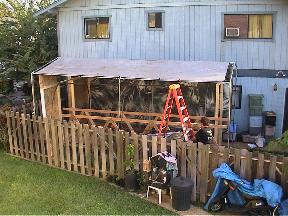 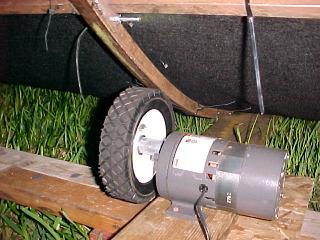 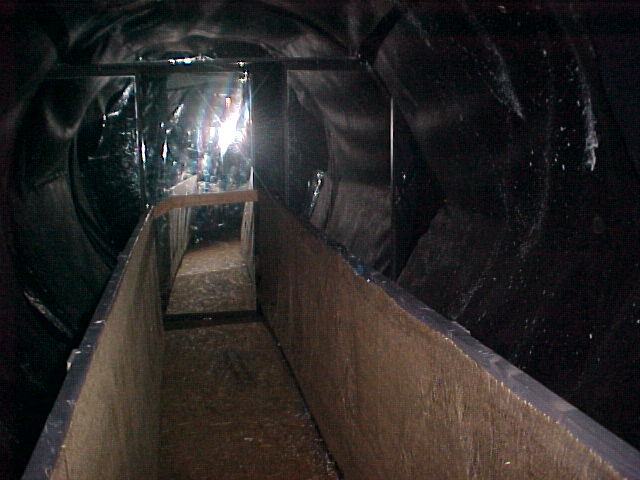